HARTMANN, the band around singer/guitarist Oliver Hartmann, will release their new album “Hands On The Wheel” on May 18th vial Sonic11/Pride & Joy Music! Details about the album are found below.

Please send us your requests and note that our office will be closed during the German Easter holidays from Friday,  March 30th until Monday, April 2nd included. 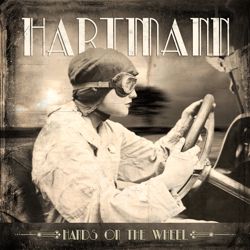 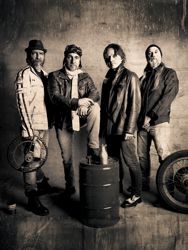 The history of HARTMANN started in 2005 with the debut 'Out in the cold', often reviewed as 'Album of the month' in a wide range of rock magazines all over the world. With their successful followers 'Home' (2006), '3' (2009), 'Balance' (2012), the live & acoustic DVD/CD 'Handmade' (2008) and the compilation 'The Best Is Yet To Come' (2013) the band has meanwhile worked out their status as being one of Germany’s best modern hard rock bands that is offering international high-class melodic rock. The band also enjoys the good reputation as an outstanding live band and has been called to tour with rock legends as Toto, The Hooters, Uriah Heep, Edguy, Mother’s Finest, Y&T and others. Their latest album ’Shadows & Silhouettes’ (2016) has been accompanied again with a club tour and many festivals last summer.

Now the forthcoming new album ’Hands On The Wheel’ – way more rough and rocking and than its predecessor - will be released May 18th 2018 on the artist’s label Sonic 11 Records in cooperation with Pride&Joy Music/Soulfood, again co-produced by Sascha Paeth (Avantasia, Beyond The Black, Kamelot).

Since the late 90’s founder Oliver Hartmann is known as a highly respected singer and guitarist on the international music scene due to four albums with the band At Vance, studio work for hard rock and metal acts as Hammerfall, Rhapsody, Helloween or Edguy, as a long time studio and live member of top sellers as Avantasia and as part of 'Rock Meets Classic' that is featuring the big names of the international rock scene: Alice Cooper, Ian Gillan, Uriah Heep, Status Quo, Thin Lizzy, Paul Rodgers, Eric Bazilian, Jimi Jamison, Midge Ure, Steve Lukather, Chris Thompson, Bonnie Tyler and many others.

Besides that Oliver Hartmann is also fronting the successful Pink Floyd Tribute Echoes that climbed up to No 20 of the German charts in 2015 with their acoustic live DVD ’Barefoot To The Moon’ and received outstanding critics world wide!