AOR HEAVEN to release new IMPERIUM album “Beyond The Stars” & FRONTLINE’s „Heroes“ on May 25th, 2018!

AOR HEAVEN have most recently inked a new deal with Finnish Hard Rock prject IMPERIUM and will release their new album “Beyond The Stars” on May 25th, 2018. On the same day, the former Japanese only release from German Melodic Rock group FRONTLINE, “Heroes”, will be released outside of Japan for the first time. This record will be ltd. to 1000 CD copies only and was remastered by guitarist Robby Böbel.

Please find more details about both albums below. The PR via Haulix for both will start tomorrow!

Band: Imperium – Beyond The Stars 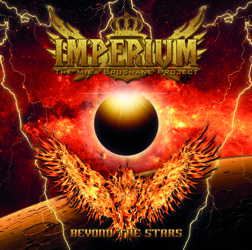 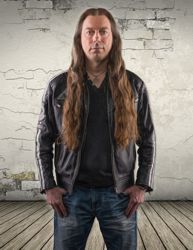 Imperium is the solo project of drummer Mika Brushane. Mika has been playing drums and percussion in various bands since 1981 in all genres from jazz to metal and composed songs for different genres - and this legacy of mixed genres can be heard in the IMPERIUM sound! The music is Melodic Rock which has a big dose of 80’s feel and sounds in it.

The project started in 2012 when Mika composed a new track for the new STRIKE record “We’re back” and realized that there was more songs in him that needed to be released. In 2016, the debut album by IMPERIUM, “Dreamhunter”, saw the light of day on  AOR Heaven.

In IMPERIUM, Mika is in charge of the song-writing and playing all drums, bass, keyboards and the backing vocals. All lead vocals and guitars are performed by various very talented musicians from the rock/metal scene.

Also the album’s post production was handled by top professionals, i.e. it was  mixed by Erkka Korhonen (Dark Sarah, Urban Tale, Northern Kings, Ari Koivunen, Raskasta Joulua) and mastered by the legendary Mika Jussila (Nightwish, Children of bodom, Stratovarius, HIM etc.) “Beyond The Stars” was produced and mostly recorded during 2017-2018 by Mika himself at his Groovehouse studio in Vantaa, Finland.

IMPERIUM - Beyond The Stars (Edit)

IMPERIUM - Learning How To Fly (Edit) 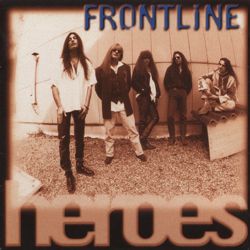 FRONTLINE from Nürnberg, Germany belong to the pioneers of the German hard rock scene. Founded in 1989 by Robert Böbel (guitars, keyboards; EVIDENCE ONE, PHANTOM V), Stephan Kämmerer (vocals), Thomas Riess (bass) und Stephan Bayerlein (drums), their debut album “The State Of Rock” finally hit the stores in 1994 – a true classic which until today still is regarded as the finest album of the band by many. This record also meant the breakthrough for the guys in Japan where they reached # 10 in the rock sales charts. Straightly after the release, FRONTLINE went on tour in Europe and had the honour to open for various great acts such as GOTTHARD, CRASH TEST DUMMIES, BONFIRE, TYKETTO and CASANOVA.

In 1995,  FRONTLINE pulled out the full acoustic album „Two Faced“. However, personal differences within the band followed and ended up in the departure of Stephan Bayerlein and Thomas Riess in 1996. They were replaced by Thomas „Hutch“ Bauer (Bass) und Rami Ali (Drums; EVIDENCE ONE, SHYLOCK). Still in the same year, FRONTLINE signed a record deal with a new label, recorded the single “Man In Motion” and the album “Heroes” which though officially only saw the light of day in Japan since their European label went out of business.

One year later, the band decided to start working on another new album which is well known under it’s working title “Heroes II” amongst the fans but never saw a release. Due to a complicated contractual situation many labels feared to contact FRONTLINE during the following years and the band went back to the underground again until Georg Siegl at AOR Heaven finally showed his interest in the band in the year 2000 and signed them for the first time. Just one month later, the album “Right Attitude” was released which can be regarded as a sort of compilation out of both “Heroes” albums …and “Right Attitude” became a huge success for the band again! The recordings for their 2002 output “Against The World” started the same year, and this album finally re-established FRONTLINE on the international hard rock market.

Throughout the months after the release of the best of compilation “Almost Unreleased” (2003) which also featured a couple of rare tracks for the fans, FRONTLINE again went into the studio and started to work on a new album called “The Seventh Sign” (2004). In the year 2006, the last studio album the German group called “Circles” was released.

On May 25th 2018, AOR Heaven now will re-issue the former Japanese only release “Heroes” as limited edition of 1000 copies. The album was  re-mastered by guitarist Robby Böbel.

FRONTLINE - On The Run (Edit)