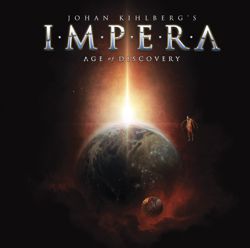 German AOR/ Melodic Rock label AOR Heaven will start the new year with the release of the new BLOOD RED SAINTS album “Love Hate Conspiracies” and the debut from P.A.L., “Prime”, which feat. Peo Pettersson in the line-up, on January 26th, 2018. The PR for both will start on Wednesday, Nov. 29th via Haulix.

The AOR Heaven team and us will be rocking at H.e.a.t. Festival in Ludwigsburg on the next weekend. Our office therefore will be closed between Friday, Dec. 1st and Monday Dec. 4th included. 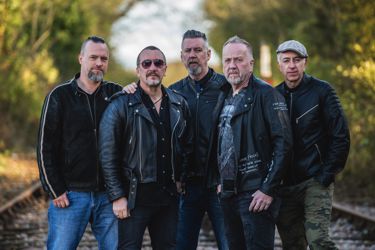 Following on from their critically acclaimed 2015 independent debut album 'Speedway' Blood Red Saints make a welcome return with a brand new selection of top class hard rock. 'Love Hate Conspiracies' sees the band make a progression into a more focused direction. Pete Godfrey (vocals) tells us more. "The Speedway album was a great debut for us no doubt about that but this new album is a massive step forward. We've really found our own sound and identity with this material, it feels a lot more cohesive and is without doubt, heavier in style. This feels like a real band all pulling together"

The new album also sees two new Saints baptised to join original members Pete Godfrey, Rob Naylor (bass) and Lee Revill (guitars). Neil Hibbs (formerly of Arkhams Razor, Shy) joins to add a harder edge with crunching guitars for a tougher approach for both live and studio work. Andy Chemney (drums) was an obvious choice having worked with Rob in their previous band 'Angels Or Kings'. Rob takes up the story. "I've known Andy nearly all my life, he was the guy I wanted for our band and we are so pleased to have finally got our man"

So, what can we expect from 'Love Hate Conspiracies?' Lee Revill told us this "it's musically in a heavier direction than Speedway. We still wanted big melodic choruses but we wanted to toughen them up a bit too. We've got such a strong set of songs here and we are all excited to finally let people hear them, on the album and also live, these songs are gonna kick ass"

The album features a writing and vocal contribution from Paul Laine (The Defiants)  on 'Is it over' and a track 'Turn on the Night', written by Steve Brown (Trixter, Def Leppard, Tokyo Motor Fist)

Mixing and production was handled by Simon Humphrey who has worked with some of the biggest acts in music over many years and his input was invaluable in producing this record. The release date was set to January 26th, 2018.

Catch BRS out and about throughout the year with HRH in North Wales in March and more shows to be announced soon. Check them out on Facebook too.

BLOOD RED SAINTS - Something In Your Kiss (Edit) 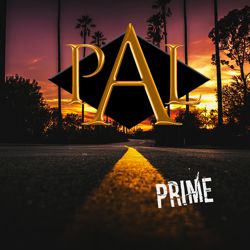 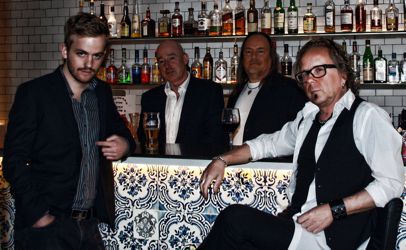 Roger and Peter, longtime friends, started writing and play music together way back. They first got to know each other in the early eighties. Growing up in Skara, a small town in the south west of Sweden sharing a passion for music and especially for song-writing. They sweat out together in a small rehearsal studio together with some other local musicians.

The group started in 1987 when a demo was recorded in Peo’s studio Vanäs for a band called Escape which at that moment was short of a singer and Peo helped out.

Now, thirty years later the three musicians are making music together again. The songs on the debut album “Prime” are a collaboration between the three - where Roger wrote the music and recorded the guitars and solos and Peter arranged, produced and played the bass. Peo then added the vocals. Mauritz Petersson was hired to do the drums.

You can surely hear vintage elements in their music, but this time with a more modern approach and passion for the music they all grew up with. The first label that was invited to listen to the material was AOR Heaven in Germany. A record deal was signed with them shortly after. The release of the debut album “Prime” is scheduled in Europe for January 26th, 2018.

Check out the first single & video clip from UK Prog Metal band SPIRAL KEY! The song is called "Hollywood Dreams" and being taken from their second Album "An Error Of Judgement" which will be released on Pride & Joy Music on January 19th, 2018!

The video was directed by Patric Ullaeus (Evergrey, Amaranthe) in Sweden. 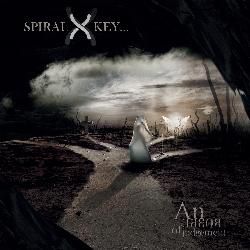 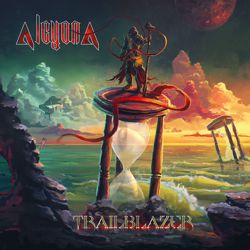 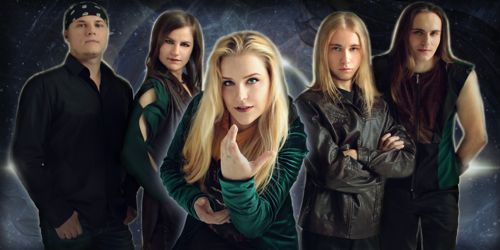 The band around keyboard player and song-writer Natalia Malei was founded in 2012 and now is ready to release their debut album “Trailblazer” on February 23rd, 2018!

“Trailblazer” was produced by Evgeniy & Natalia Malei and recorded at ALCYONA Records, Minsk (Belarus) between April 2016 – February 2017, and mixed & mastered in Georgia by Max Forneus in May 2017. Artwork and layout were designed by Artem Artyakov & Anna Avaeva. The music video & single for the track “Еnchantment” which was  directed by Vlad Skripchenko & Anton Baidyonok will be released in advance in December 1st, 2017.

Some videos already are found in the band's Youtube channel at the link below:

More information about the band:

SQUEALER will release their comeback album “Behind Closed Doors” on February 23rd, 2018 on Pride & Joy Music.

The amazing cover artwork for this release, designed by Thomas Ewerhard (Avantasia, Amon Amarth), and was revealed this week: 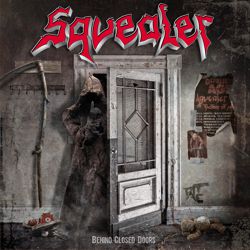 Today also is the release date of the first single & audio video for the title track of the album: 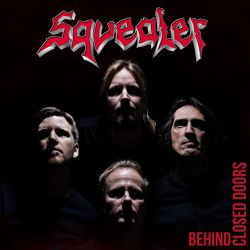 We will provide our radio contacts with the single for airplay today; the complete album “Behind Closed Doors” will be submitted on December 10th via Haulix.

Originally founded in the 1980’s as classic Power Metal band, SQUEALER from the north of Hessia, Germany so far have had a busy band history. Today, the music by SQUEALER is a melting pot of several Metal elements which has enhanced through the years, i.e. an unique and diversified mix of Melodic Thrash Metal (which nowadays builds the foundation of each new SQUEALER song), groovy Rock stuff and, of course, the still obvious Heavy, Speed & Power Metal influences. 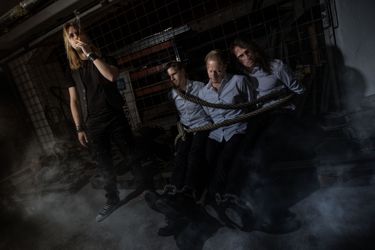 SQUEALER now consist of Lars Döring (guitars), Michael Schiel (guitars), Sebastian Werner (vocals) and Manuel Roth (bass). The band has started to perform live again in 2016 and since then played several gigs and festivals (incl. 70000 Tons Of Metal) with the new and convincing band constitution. The live shows were directly followed by the recordings for the new album Behind Closed Doors. The new record impressively proves the strength of the new SQUEALER line-up. To complete the makeover, a new, highly professional team was added for the album production.   Ito Grabosch took care of the recordings while Roland Grapow (Helloween/ Masterplan)  handled the mixing and Mika Jussila (Nightwish, Lordi, Him, Children Of Bodom) the mastering.

This is the first audio video from SQUEALER for the title track of their upcoming album "Behind Closed Doors" which will be released on Pride & Joy Music on February 23rd, 2018!

Pre-order the album and get all 3 singles instantly: https://goo.gl/73v2ZJ