PRIDE & JOY MUSIC is proud to announce of Swedish Melodic Heavy metal sensation THE SOUL EXCHANGE! The first release will be the 5-track EP “Vow Of Seth” which will be released on December 8th, 2017 as download through the usual platforms and as limited edition jewel case CD which only will be available through the label’s online shop and the band’s upcoming live shows. A new studio album will follow in mid 2018!

The EP will be submitted to press & radio tomorrow! Please send us your requests!

The Soul Exchange is a band that mixes Classic Hard Rock with a contemporary Metal sound. They have taken influences from the 70’s Hard Rock scene and created their own unique style of Metal infused, guitar driven hard rock, with great attention to the melodies and grand vocal arrangements. The lyrics deals mostly with subjects from the darker side of life such as insanity and evil in various forms. 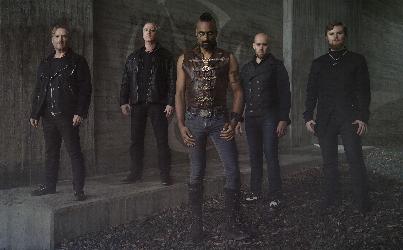 The seed that eventually became The Soul Exchange was sown when guitarist and songwriter Hans von Bell began writing songs for a solo album back in 2013. After the albums’ release in January 2015, Hans immediately started to work on new material for a follow up and realized he wanted to put together a proper band as the new material required a different sound and thus, The Soul Exchange was born.  The band name came from a song off the 2015 solo album.

In 2016 the band found their formula and sound with the current line up consisting of Daniel John vocals & keyboards, Hans & Thomas von Bell guitars, Patrik "Patte" Ekelöf on bass, and Benny White drums. Although mostly unknown to the wide public, all band members have long careers in music behind them. The band released the critically and likewise publicly acclaimed album “Bloodbound” in March 2017 on the Mervilton Records label. 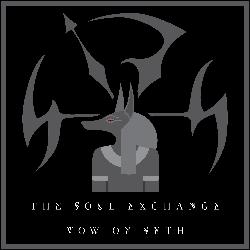 In the fall of 2017 The Soul Exchange have been working on an, in between albums, five track EP titled “Vow Of Seth” that is set for release on the Pride & Joy Music label on December 8th. The EP will be preceded by a digital single and video release of the EP’s title track on November 17th. The Soul Exchange once again working with the renowned Swedish producer Magnus "Tank" Ljungqvist who also produced the “Bloodbound” album. The new EP has taken the band to an even darker place lyrically and with a tad harder sound. Stating that "this EP will show the way for the next full length album penned for release in 2018". Hard Rock with a great portion of modern Metal influences, and importantly, the vocal arrangements and melodies will always have a major focus in The Soul Exchanges’ otherwise riff oriented music".

German 80’s Hard Rock band VICE will return to the scene on November 17th, 2017 with the release of their new album “Veni Vidi Vice” via Pride & Joy Music – the band’s first record since 1990. To celebrate this new output, the group has set-up a release show at Roberto Beach near Munich for October 21st, 2017.

Please check out the first video clip and single from the band for the track “Where Do I Belong” here:

The PR via Haulix will start tomorrow! 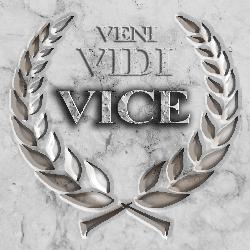 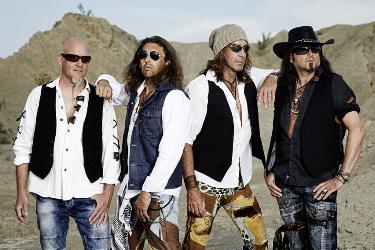 VICE was founded in Munich Germany in the late 80’s and signed by major label BMG Ariola back in 1988. The former line-up consisted of Jörg Hargesheimer (guit), Peter Juhre (bass), Roland Schmidt (drums), Chris Limburg (guit), Jan Ghiantinie (vocals 1st album), Alan Keen (vocals 2nd album). These two records brought the band charts positions and several tours all over Europe. With more than 100.000 sold copies, VICE had a huge presence on TV and radio. They became quite famous and attracted their fans with their rather simple & rocking songs and positive attitude on stage.

Now after almost 30 years, VICE is back for more…The new album “Veni Vidi Vice” was produced, recorded and mixed by Chris Limburg at lictoc studios in Munich, will be released on November, 17th and continues the old style of VICE in a modern way. The first single & video for the song “Where do I belong” was released in advance in Summer 2017.

Further singles will be available soon, as well as an “hot summer night” release party on October 21st in a Caribbean atmosphere, near Munich at “Roberto Beach” (www.robertobeach.de)

The meeting of minds in Nurnberg; Germany in 2009, through the brainstorm of Georg Siegl of AOR Heaven Records, sported an album, ‘Point of Destiny’, recorded and written by four European musicians; three from Germany and an English vocalist. Georg’s passion for Frontline guitarist, Robby Boebel to record again brought forth an album with Hutch Bauer on bass, Ramy Ali on the kit and Tony Mills (ex-SHY, TNT) on vocals.

The result was a melodic but very tough sounding album with solid production and songs that demanded a replay.

2017/18, sees a return to new recordings, by, ‘State of Rock’, now split between the UK with Pete Newdeck on drums and Mills being Sweden based, co-writing with Boebel for a second release. Robby Boebel comments: “It’s something really special to record an album with someone which I only knew from TV before. We’ve now been friends since many years and I’m really looking forward to record another album and live dates in late 2018 with Tony.”

With the promise of German festival appearances in late 2018, an autumn release guided by video and radio promo will give us a clearer picture of the, ‘State of Rock’, by December next year. 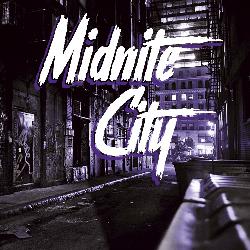 MIDNITE CITY were formed in January 2017 by current Tigertailz front-man (and former Vega, Steevi Jaimz and Teenage Casket Company member and songwriter) Rob Wylde. Wylde sang, played guitar and bass on the recordings whilst producer Pete Newdeck played drums, provided backing vocals and took care of the production. Wylde also brought in newcomer guitarist Miles Meakin who played  guitar solos on the recordings and former band mate James Martin (Vega) who laid down keyboards on the tracks. After being mixed by Newdeck, the songs were sent to Harry Hess (Harem Scarem) who mastered them at his studio in Canada.

The band’s self-titled debut album will be released on AOR Heaven on October 20th, 2017! www.facebook.com/midnitecityuk

Swedish AOR hopefuls CODE RED have released a new video for the track “Heat Of The Night”, taken from the album “Incendiary” which will be released on AOR Heaven on October 20th, 2017. Check out the video on Youtube: 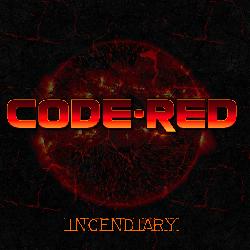 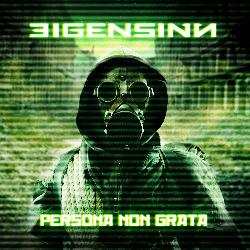 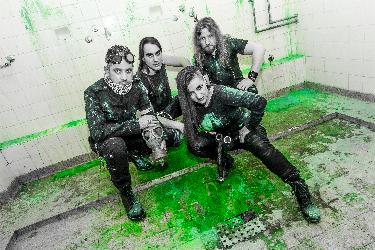 “Persona Non Grata” is the name of the third full-length release from the dark rockers EIGENSINN from Southern Germany. More than two years of hard work has left its mark on an album that will stand out from the crowd! During the cold and snowy January 2017 the band retired on a lonely farm house in Saxony. The magical and dark atmosphere of the abandoned landscape deeply engraved itself into the new songs. The outcome is a complex and brute Industrial Rock album, on which you can sense the sinister emotions living within each song as they touch upon subjects taboo to many. The bands lead singer Nemesis takes the listener on a journey from a morbid story teller rising up to a strong willed freedom fighter

The eleven ostentatious hard hitting tracks all stay true to EIGENSINN’s trademark sound. Mastermind Kai Stahlenberg’s production at the renowned Kohlekeller studio has produced an album that is both raw and punchy staying true to the bands hard hitting roots.

The album will be released on Pride & Joy Music on December 1st, 2017. EIGENSINN will tour all over Germany this November to support the US NDH legend HANZEL+GRETYL together with Reptil, to promote their new album.

“Persona Non Grata” will be released on December 1st, 2017 on Pride & Joy Music as CD & download. We will handle the PR for this release and will start with the digital PR via Haulix in week 42.

RIDDLEMASTER sign deal with METALAPOLIS; „Bring The Magik Down” to be released on December 1st, 2017!

RIDDLEMASTER is the brainchild of Mark „The Shark“ Shelton and Rick Fisher. Rick Fisher was the drummer on the first MANILLA ROAD records from 1979 to 1984 including the signature song „Flaming Metal Systems“ and the iconic release „Crystal Logic“. Mark Shelton is founder, guitarist, vocalist and primary composer for MANILLA ROAD since its beginning in 1977 and is still going strong with the band. 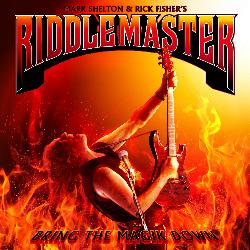 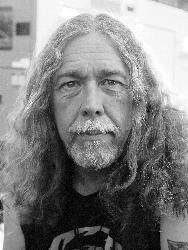 Both are from Wichita Kansas in the USA. The RIDDLEMASTER project idea came up when Rick and Shark were discussing what MANILLA ROAD might sound like if Rick had never stopped performing with the band. The result is „Bring The Magik Down“. Accompanied by E.C. Hellwell on bass guitar this is an experiment in what might have been. The music within this album is full of classic rock and metal styles that are indeed reminiscent of the roots of their original band. Within this collection of tunes, you will find many styles woven together with a foundation in traditional rock n roll music. If you are a fan of early Manilla Road or a fan of classic Rock and Metal music this album by RIDDLEMASTER is a must have!!!

The album will be released on CD, on vinyl and as download on December 1st, 2017 on Metalapolis Records. We will handle the PR for this release and submit the album to press & radio via Haulix on Monday next week.