German label METALAPOLIS is proud to announce the release of Thrash metal band NIMROD B.C.’s new album “Gods Of War And Chaos” on CD, as download and on vinyl on December 1st, 2017! We’ll handle the PR for this release world-wide and are taking  requests now. This album will be submitted to press & radio via Haulix on Monday next week.

NIMROD B.C. is a Thrash Metal Band which is around since 1985, founded by guitarist Chris Ira. In 1988 their first Demo-Tape „Time of Changes“ was released. It was a great success in the back then tape trader scene and got good reactions in magazines all over the world. For example it was chosen #1 demo of the year by FETU Magazine in Japan. In 1990 they got their first record deal, but the album was never released due different reasons in and outside the band. Chris was frustrated about the whole situation and left the band for some years. 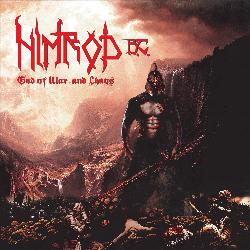 In 2004 the band decided to release the old demo remastered with some unreleased studio tracks and live recordings, before another break was done. 5 years later Chris decided that it is time to reform the beast and started a new chapter under the NIMROD B.C. banner, together with Fernando Gonzales (bass), Cesar Anazco (guitar, ex Necrosis), Rodrigo Cerda (Drums) and singer Leonardo Caballero. After their comeback, they played major festivals in Chile, Argentina and big festivals in South America with bands like TWISTED SISTER, VOIVOD, MORBID ANGEL among others. In 2009 their album “Return To Babylon” saw the light of day and also received many great reviews such as “best Chile’s metal band ever” from Germany.

Their new album „God Of War And Chaos“ was produced by Chris himself at the Noctambulus Studios in Chile, before it was mixed in London by Darren Carikas. The mastering was done by one of the metal gurus, Bill Metoyer, who is well known for his work with SLAYER, DARK ANGEL, WASP, SACRED REICH and many more. The album features the new vocalist Gary Wayne, which was recruited to bring that one special tone to the NIMROD B.C. music.

These will be the final releases from this label before the usual Winter break.

Please check out the main facts about both titles below and get back to us with your requests! The PR will be digital and start via Haulix on Monday. 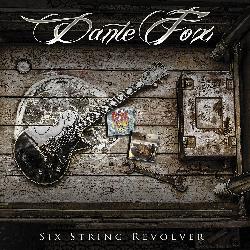 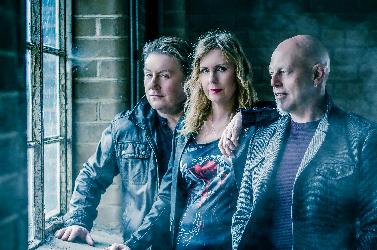 Dante Fox were formed in September 1989 by lead Vocalist Sue Willetts  She was quickly joined by guitarist Tim Manford and this created a golden partnership. On the strength of their songs Dante Fox caught the interest of Linda Bruce from Rich Bitch Studio’s and a debut album was now a reality. Following this an appearance on ITV television show ‘Hit The Town’ hosted by Rory McGrath launched the sounds of Lost And Lonely Heart through televisions all around the UK. Dante Fox signed to Now and Then Records in March 1996, and in May they appeared on the Gods line up next to Hugo and Jamie Kyle.

In October 1996 the debut Under Suspicion was released. Many shows followed including a support tour with ELO, Enuff Z Nuff and European festivals such as Mindview and Ardshock. Capitalising on this European interest the band returned to Holland for more headline shows. In April 1997 Under Suspicion was released in Japan and received an 87/100 review in BURRN magazine.The second album The Fire Within was released on Frontiers Records in March 1999. The album included more live favourites and in Japan Firing My Heart and Over You were added to the playlist of Masa Itoh’s Heavy Metal syndicate radio show. The band closed the year with an appearance at the Gods and also appeared as the backing band for Stan Bush.

The band took a break and returned in 2005, with a slot at Firefest and a UK tour support to Vixen. The third album ‘Under The Seven Skies’ was released worldwide on Frontiers Records in March 2007 featuring the Nine minute epic title track. The album was voted best album of 2007 by the listeners of ARFM Radio and the band continued to support the album by playing shows with Danny Vaughn and Wigwam.

The fourth album Lost Man’s Ground released in October 2012 at the bands appearance at Firefest. This featured a new rhythm section Andy Perfect (Drums) and Alan Mills (Bass), and also Alessandro DelVecchio on backing vocals and Eric Ragno on keyboards.

In June 2012 a magical night was experienced opening for US band Night Ranger in London. This year ended with a much anticipated performance at Firefest and a great slot at Hard Rock Hell. Sue Willetts was voted 20 in the top 50 Female vocalists of all time in  Classic Rock Magazine alongside Ann Wilson and Cher and the band performed at HRH AOR (Tesla,FM ) Hard Rock Hell Ibiza and a very successful tour with Romeo’s Daughter.

In September 2016 the album ‘ Breathless ‘ was released through AOR Heaven and received excellent critical acclaim featuring in many journalist’s Top 10 albums of 2016 and propelling Dante Fox as One of the leaders in Modern Melodic Rock for 2017.

The new album ‘Six String Revolver’ sees the band pay homage to their most popular songs from the first two albums from the 90’s. These songs have enabled Dante fox to evolve over time they have been re-recorded from the ground up with love, respect, precision and an excellent state of the art modern production from Sheena Sear at M2 Studio's . The band are looking forward to playing in Germany for the first time at the HEAT Festival in December which will make a very exciting album launch. Dante Fox will also be performing at HRH AOR (Joe Lynn Turner, Eclipse). Joining the band on drums for these shows and more will be the ‘Thunder God’ Scott Higham (Pendragon) 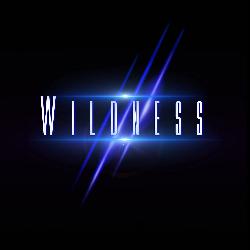 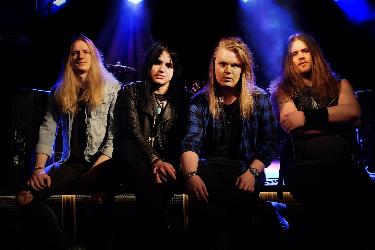 The idea behind WILDNESS began to grow in the summer of 2013 when the first songs were written. With main focus on heavy guitars, wide keyboards, big drums, melodies and hooks the shape of something new and exciting began to emerge. At this point, Wildness was more of a studio project and originally founded by drummer and songwriter Erik Modin while the guitar players Pontus Sköld and Adam Holmström were in to share the lead guitar parts early on. The search for the right lead singer wasn’t easy as pie, but after a few months their destiny crossed with the unbelivable vocal talent Gabriel Lindmark in early 2014. More songwritings and demos recording came along, and it didn’t take long until it was clear that WILDNESS deserved to be a real band. On September 1st 2015, WILDNESS independently released their self-produced debut single ”Collide” which immediately gained a lot of spins at various digital platforms such as a number of online radio stations focused on AOR and Melodic Rock. Live performances that followed showed that the band was capable to  deliver on stage as well.

The second single ”Turning The Pages” was released on January 14th 2016, and shortly after that WILDNESS was approached by Georg Siegl by German record label AOR Heaven. The contact resulted in a record deal which allowed the band to finally begin the launch of their first full-length album. The choice for the producer fell on the creative and productive mastermind Erik Wigelius (Wigelius, Care Of Night) and the pre-production and recordings took place between during 2016 and 2017. The main part of the record was recorded at Erik Wigelius’ studio, besides additional parts recorded by drummer and co-producer Erik Modin. The two previous singles ”Collide” and ”Turning The Pages” were re-recorded for the album. The mixing and mastering was handled by Erik Wigelius, who really knows how to take the 80’s-influenced sounds at put them in the 21th century! Despite their short career, WILDNESS have already shared stages with well established acts in the scene like WHITE WIDDOW and DYNAZTY.

WILDNESS - War Inside My Head (Edit)

In advance, the artist has released a single & a video for the track “Love Me Like” which can be found at this link and already has reached 85K views on Youtube: https://youtu.be/yUTIVMBtdEg

We will handle the PR for this release world-wide except for Finland. The PR will start ~ at the end of next week! 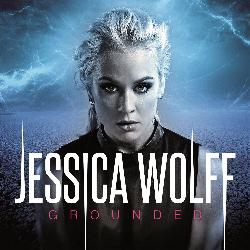 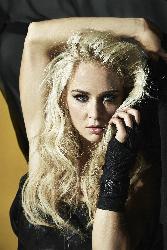 Jessica Wolff is a young Finnish artist, ready to hit the radio waves and bring her voice to the stage. But there’s much more. When Jessica is off stage, she is writing lyrics, practicing Kung-Fu, doing stunt work, acting, motorbiking and other extreme sports to let the inner child out. Not to mention, behind the actions of this adrenaline junkie, you'll find a warmhearted girl with striking personality. You can hear all these abilities in her music and are also evident in her powerful music videos. Her high energy, guitar-driven pop music is spiced with everything from catchy melodies to thought-provoking lyrics which will be loved by fans of Roxette, Heart, Pink & Robin Beck.

Jessica started singing classical music when she was 12 years old, but found her way to Pop/Rock a few years later. At the age of 21, Jessica left her studies behind to focus full-time on her musical career. With big steps she climbed up the latter until the album "Renegade" was born to see the daylight in Japan and Finland in April 2013, as well as in India, where she also did a six city, Hard Rock Café tour in December 2013. After that she played some shows in Finnish prisons.

With her new album „Grounded“ she takes the next step in her career. For the first time her music will be available world-wide and Jessica is ready to hit every stage, pub, club, big venue, to perform and promote her music wherever people want to hear it!

There will be videos for the songs „War“, „Love Me Like you Never Did  Before“, “Magic Castle” and „Saving Someone Else“!

We will handle the PR for this release world-wide and start with the PR via Haulix tomorrow! 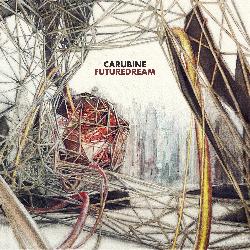 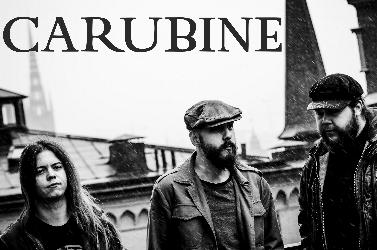 CARUBINE really is the definition of a power-trio, born and raised in Stockholm, Sweden. Influenced by the hard rock and prog of the 70′s, and the darkness and simplicity of the grunge and alternative scenes of the 90′s, the band has developed their own style and sound, with eerie vocal harmonies, heavy riffs and hypnotizing atmospheric guitars.

PRESS RELEASE: VIGILANTE RECORDS to release debut album by INTO THE UNKNOWN on October 20th, 2017!

October 20th 2017 sees the release of the debut album from the band Into The Unknown through Vigilante Records.  Entitled “Out of the Shadows” it showcases 11 songs ranging from the acoustic “Breaking My Heart” through the anthemic “Monsters” to the hard rocking “Why Me?” and “Once”.  Throw into the mix an interesting choice of covers - Miley Cyrus’ “Wrecking Ball” and Chris de Burghs’ “Don’t Pay the Ferryman”- and you have a diverse album full of catchy choruses, soaring vocals and raucous riffs. 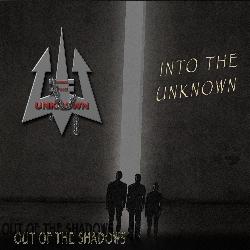 The core of the band is vocalist Lucie Hölzlová, with Guitarist Ryan Atkins and bassist/producer Rupert Withers.   Together they have penned all the original songs on the album. 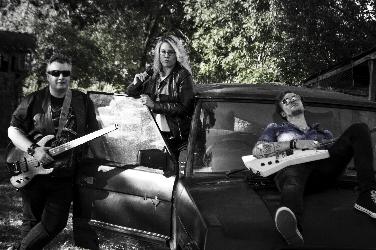 Lucie and Ryan met Rupert when he produced a song for their previous band. Shortly after Ryan did a session for him on a recording.  The chemistry between them worked and they decided to record more material, inviting Lucie to provide the vocals.  From here songs were written and an album evolved. As they moved forward to create music, things started organically slotting into place and Into The Unknown was born.  A mix of influences, from Nightwish, Guns N’ Roses, AC/DC and Halestorm right through to Adele, have contributed to the sound of Into The Unknown, and blended together to create their own powerful rock sound.

Fast forward to 2017, the album is ready, recorded at Vigilante Studios in Buckinghamshire.  Live shows and acoustic sessions are being planned for the release period - so watch this space.

Check out the videos for “Don’t Pay The Ferryman” and “Breaking My Heart” here:

“Out of the Shadows”

Out  on Vigilante Records, via Nova/Universal (Europe) and H’art (Germany); and The Orchard (digitally), on October 20th 2017

Product: Into The Unknown – Out Of The Shadows