ROYAL QUEST - The Tale Of Man 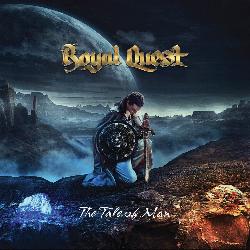 Royal Quest was formed in 1998 in Athens when Yannis Androulakakis (guitars/ vocals) and Dennis Bekatoros (bass) started putting their musical and lyrical ideas together. After releasing their first demo in 1999 they decided to work on a concept album with an original story inspired by the “Eternal Champion”. In the meantime the line-up of the band was shaped up to participate in several underground festivals in Athens.

Throughout the years, Dennis and Yannis focused on completing the album with the addition of a new member, Odysseas (drums). Compositions, story editing, recording attempts and sound experimentations, but also disappointments and long breakups resulted in the end of the co-operation of the two founders.

In January 2010 Yannis decided to produce the album on his own. The recording and engineering plans started from scratch and in 2014 the album was mixed by him and mastered by Mika Jussila at Finnvox studios.

“The Tale of Man” is typically a “metal opera”, a term that tends to be established in a similar way that the term “rock opera” did in the past. There are four characters in the play: Man, Cassandra, Lord of Law and Lord of Chaos. However, the dramatical structure is different (the play is smaller as well) than the libretto of a major musical or rock opera. That purposely leaves room for the RPG-campaign oriented storyline that focuses on the main character (Man) and the storyteller (Cassandra). It also leaves room for the music, because the point was to create a metal album that can also be auditioned independently. “The Tale of Man” consists of eleven parts, some of them divided into sub-parts, intros and main parts.

Yannis Androulakakis is a guitarist and composer from Greece. His work includes metal, music for theater, musicals, film soundtrack, jazz, a fuge and a string quartet. In February 2015 he was selected as one of the arrangers of the Vivaldimetalproject. 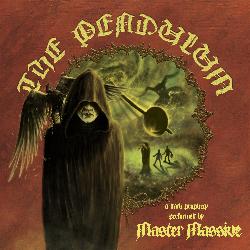 The MASTER MASSIVE biography goes as far back as 1993, when guitar player Jan Strandh released a 6 song cassette with singer Erik Forsberg, bassist Johan Wijkmark and drummer Petter Karlsson. Later that year, bass player Karl Nyhlin was recruited. The spot for a second guitar player was altered between Anders Ericson (BEYOND TWILIGHT and SECTU) and Yngve Frank (ZANITY and MEAN STREAK).

With the urge of doing something different, Jan initiated the idea of making a heavy metal opera. Together with Ninitha Maivorsdotter the libretto of “THE PENDULUM" was created.

With line-up Jan, Yngve, Petter and Karl and hosted by a long list of singers from the hometown of Skövde, the opera was recorded.

Different constellations of the band have come and gone. Despite the bands medial obscurity and absence from the recording industry, MASTER MASSIVE is well connected in the Heavy Metal community. Jan has been a member of both TWILIGHT and NOTRE DAME and Anders has two other obligations in BEYOND TWILIGHT and SECTU. Petter went on to THERION. Karl changed his musical direction and is now a professional lutenist.

Jan Strandh about “The Pendulum”:

While working with The Pendulum we wanted to experience the anxiety that comes with the knowledge of the negative changes taking place in the world. Fear felt by common people far from the centre of power and therefore in no position to make major decisions and changes. This feeds the feeling of hopelessness of living in a non-working civilization where necessary political decisions are not possible to make. To seize power over our own fear and to get out of this relentless emotion we decided to create a personal legend in the form of an opera. In this opera – The Pendulum, one single individual is given the power to change the fate of the Earth. Impossible in real life, but totally viable within the aesthetic framework of opera as an art form. In our opera the human being chosen for the assignment is a normal person, not a hero character. His only weapon in the fight for the Earth’s survival is his ability to refrain from the thoughts, feelings and habits hitherto a natural part of him. 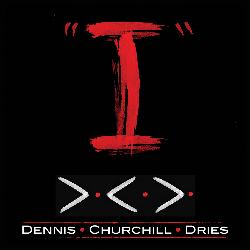 During the 1980s and ’90s, in those halcyon pre-Autotune days when the song was king and talent mattered, Dennis Churchill Dries was the singer and bass player of the bands White Sister and Tattoo Rodeo. Both of these groups earned prestigious major label record deals, but in the long run would learn how tough the music business can be.

Issued to rave reviews in 1984, White Sister’s self-titled debut was produced by Gregg Giuffria of Angel fame. While having tasted life on an independent label with its follow-up ‘Fashion By Passion’, Churchill Dries was also a part of the outfit Tattoo Rodeo. Picked up by Atlantic for ‘Rode Hard, Put Away Wet’ in ’91, they hit the road and opened for Bad Company and Damn Yankees. The band followed up with ‘Skin’ some four years later, and called it quits in 1998. There was a reunion show in 2006, and talks of new material, but all was scrapped after the death of drummer Rich Wright.

In October 2008, to the astonishment of just about everybody, original White Sister mebmers DCD, Rick Chadock, and Garri Brandon reunited to appear at the legendary indoor rock festival the Firefest. To say that they blew the doors off would be an understatement. They went over so well that the Firefest team invited the boys back again the following year, and they did not dissapoint! There was hushed yet optimistic talk of new music.

And then in October 2012, the unthinkable happened. Chadock lost his battle with cancer…Dennis was crushed by the loss of his music partner and closest friend of 35 years. New music from White Sister was not to be, and DCD retreated into solitude.

Dennis began writing on his own as a form of therapy, and in 2014 was reunited with Paul Sabu, who produced, engineered, and mixed “I”, and supplied the guitar work. DCD drew priceless encouragement from the multi-talented Sabu, whose bands have included Only Child, Silent Rage and Sabu.

“I believe that Paul came back into my life for a reason... and that Rick had something to do with it!” says DCD. “Can it really be a coincidence that another great rock guitarist/vocalist/engineer fell into my lap after working with Rick exclusively for 35 years? No...” 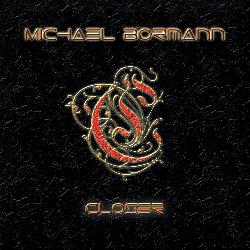 On the 22nd of May 2015, after more than four years, the long awaited fifth solo album "Closer" by Michael Bormann will see the light of the world. 2014 has been an eventful and exciting year. With his impressive performance at one of today’s biggest TV-Shows “The Voice of Germany” Michael reached millions of people.

All songs were written, recorded and produced within a three-month studio session by the end of 2014.

Due to the huge demand of the Demi-Lovato song "Warrior", that got him into “The Voice” - show, Michael had no chance but taking it on the forthcoming CD. Downright refreshing, versatile and rocking Bormann presents "Closer". Ballads, mid-tempo songs and pure Rock´n´Roll: you got it all! Defining a favorite is pretty hard as every single song has its own magic.

"Because we are the world" goes straight to the heart. The children’s choir makes this tune very special. Not only radio stations will love this song.

It should be mentioned, that a valuable contribution to this album has been given by Eric Ragno and Bobby Stoecker. Knowing what and how he wants it, Bormann played most of the instruments by himself. It’s impressively showed on “Closer”.

His strong “Voice” - performances got Michael the long deserved attention.

Now it´s time for the next level. Closer will be drawing in the crowds under its magic spell. 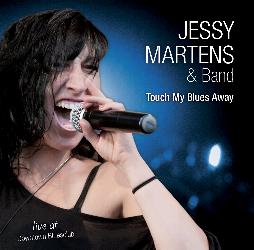 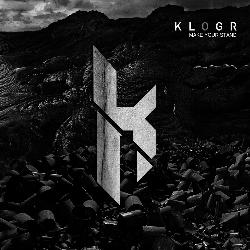 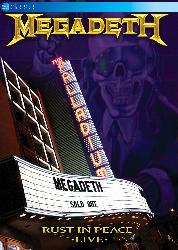 Synopsis: Megadeth are one of the “Big Four” of thrash metal and one of the most successful metal bands of all time with global sales in excess of 50 million albums. In March of 2010 the band took to the road to perform their classic album “Rust In Peace” live in its entirety in celebration of the 20th anniversary of its release. The line-up featured the return of bass player and founder member David Ellefson after a break of eight years. This show was filmed on the tour at the Hollywood Palladium on March 31st.